Has your life journey brought you into the middle of a time of severe difficulty?  Are you facing a storm you can’t escape? How do you survive the perfect storm? 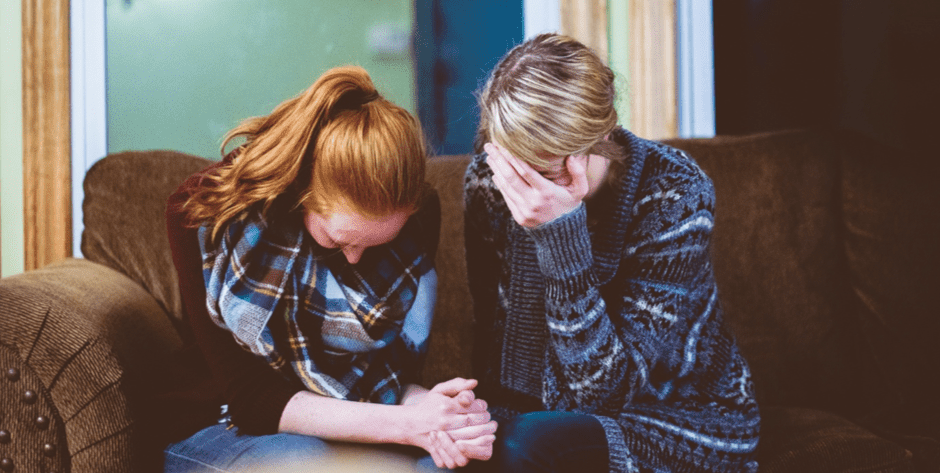 The Perfect Storm was a best-selling book written by Sebestian Junger.  Later made into movie, The Perfect Storm relates what might have happened to the fishing boat, the Andrea Gail, during a violent east coast storm in October of 1991.  Actually, two storms came together to produce a single storm so huge that it caused a massive blizzard a thousand miles away.  Once those fisherman sailed into that storm, there was no escape. The Andrea Gail and its crew were never found.

Has your life journey brought you into the middle of a time of severe difficulty?  Are you facing a storm you can’t escape? Is the storm that threatens you caused by a combination of circumstances beyond your control? Some storms seem so intense, that they will certainly destroy us and everyone we love. How do you survive the perfect storm?

There is a story in the Bible of one man’s faith in the midst of a storm. The storm seemed intent on claiming his life and the lives of those who were with him. His name was Paul. Paul was a world traveler. In his day, he would have benefited from frequent flyer miles if there had been planes.  But there were ships, and Paul used that mode of transportation on numerous occasions. In fact, by Paul’s own testimony he lived through three different disasters at sea.

One of those disasters is described in the book of Acts. Paul found himself a prisoner on board an Egyptian ship sailing for Italy.  First, Paul was on board because he was a prisoner for his faith. That was crisis enough! But being on board a ship sailing into the jaws of disaster only complicated his circumstances.

As the story unfolds, Paul expresses his concern about the timing of the trip. It was a time of year when weather patterns were unpredictable. Have you ever had a bad feeling about a trip before it started? Have you ever had a bad feeling about a decision or a direction your life was heading?  You can see your family sailing right into the jaws of disaster, and there is not a thing you can do about it.   It was out of Paul’s hands.  Paul was a prisoner and not the captain. No one was interested in his opinion, so the ship set sail.

The Andrea Gail was a twenty-foot fishing boat that found itself facing winds over a hundred miles an hour and waves ten stories tall. I don’t know the size of the ship on which Paul was travelling. But the circumstances are described in vivid detail in Acts 27.

Because the harbor was not suitable for wintering, the majority reached a decision to put out to sea from there, if somehow they could reach Phoenix, a harbor of Crete, facing southwest and northwest, and spend the winter there.  When a moderate south wind came up, supposing that they had attained their purpose, they weighed anchor and began sailing along Crete, close inshore.  But before very long there rushed down from the land a violent wind, called Euraquilo; and when the ship was caught in it and could not face the wind, we gave way to it and let ourselves be driven along. Running under the shelter of a small island called Clauda, we were scarcely able to get the ship’s boat under control. After they had hoisted it up, they used supporting cables in undergirding the ship; and fearing that they might run aground on the shallows of Syrtis, they let down the sea anchor and in this way let themselves be driven along. The next day as we were being violently storm-tossed, they began to jettison the cargo; and on the third day they threw the ship’s tackle overboard with their own hands. Since neither sun nor stars appeared for many days, and no small storm was assailing us, from then on all hope of our being saved was gradually abandoned.  Acts 27:12-20

They had no strength against the storm. There will be times when the storms that you face will be stronger than you.  There will be times when the problems that you face in life will be bigger than you and more than you can handle.  Is that where you are right now? In spite of all your efforts to salvage the situation, the ship is still sinking, the marriage is still crumbling, the business is still failing, the finances are still shrinking, and there seems to be no way out except to go down with the ship.

Those with Paul gradually lost hope. They were ready to give up.They resigned themselves that they all were going to die!

Life’s storms can be intense. In the midst of them, it’s easy to grow discouraged. It’s especially discouraging, when you hardly sail out of one before you encounter another. It’s even worse when two or more combine to create the perfect storm—that one that seems designed to destroy your faith and your family.  In the face of that kind of crisis, some people just give up.

But Paul didn’t! Paul refused to be controlled by the crisis.  He understood that the crisis itself was controlled by God.  He knew God was aware of his predicament.  God also knows where you are, and He doesn’t need GPS to find you.  The clouds of your circumstances can’t hide you from His eyes.  Paul understood he belonged to God, and there was no reason to despair.

3“For this very night an angel of the God to whom I belong and whom I serve stood before me,4saying, ‘Do not be afraid, Paul; you must stand before Caesar; and behold, God has granted you all those who are sailing with you.’ “Therefore, keep up your courage, men, for I believe God that it will turn out exactly as I have been told.  Acts 27:21-25

Paul told those men that there was no reason for despair. Paul chose to believe God. Will you? Can you surrender your circumstances to the Captain of the Storm?

I am no stranger to difficulty. I understand what it is like to encounter a string of calamities that combine to form the perfect storm. Some of you have been wrestling with your situation for a long time. You have exhausted all your resources. You are about ready to let the ship sink, and just sink with it!  You are in the middle of a perfect storm.  The winds and waves of life are tossing your family to and fro. You are the captain of the ship, and you don’t know what to do.  I’ve been there before. I’m sure I’ll be there again. I don’t know what circumstances have come together to form the perfect storm in your life. However, I do want to encourage you as you battle the storm, to look to the Perfect Savior. His name is Jesus, and He is Lord of the Storm.

The passion of my heart is to learn the secret of living a surrendered life and to live that life before my family and a watching world. I desire to proclaim God’s Word with a dependence upon the Holy Spirit so that truth is revealed and Christ is exalted. I desire to lead in a way that fosters a passion in the hearts of others to be a people after God’s heart. My ambition is to live a life of obedient faith so that God may be pleased and glorified. View all posts by Eddie Davidson

One thought on “The Perfect Storm”

Thank you for taking time to visit this site. We serve a God who meets us in our brokenness, in our loneliness, in our emptiness, in our sin, and in our sorrow. May these words of encouragement help you to find strength for your journey!