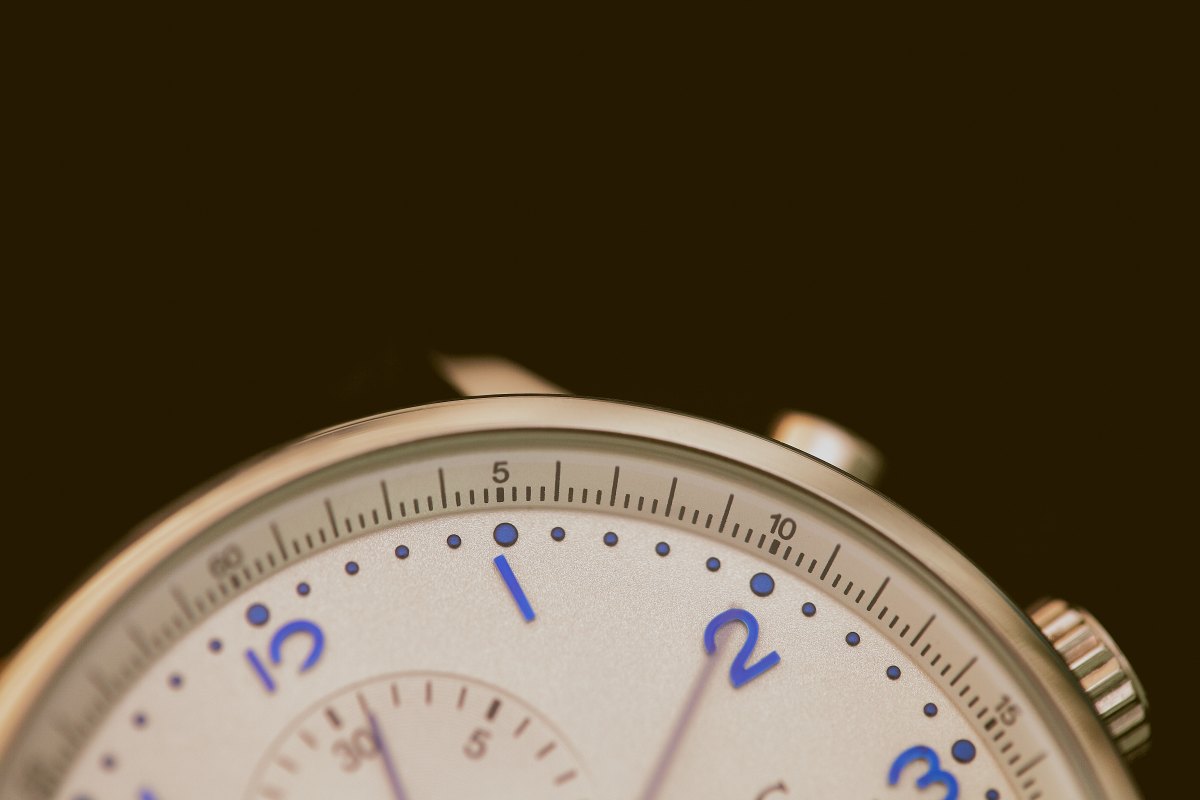 So you spend four months sleeping, three months working, two months on the cell phone, a month and a half watching television. That is the way you spend  over ten months out of every year. If you goof off another four hours of every day that’s the other two months. And that is your life.

In regard to that, allow me to ask you a question, in all of the time that you spend—however you spend it—have you thought about spending one hour with Jesus? How you spend your time is none of my business. But the chances are good that there is a situation in your life right now that might have been different if you had spent one hour with Jesus?  But you didn’t. You were too tired—or too sleepy—or too busy—or too interested in television—or too distracted by sin to spend one hour with Jesus.

Consider these words spoken by Jesus to his disciples. And He came to the disciples and found them sleeping, and said to Peter, “So, you men could not keep watch with Me for one hour?  Keep watching and praying that you may not enter into temptation; the spirit is willing, but the flesh is weak.” Matthew 26:40-41

First, It Was a Personal Question.

How many disciples were in the garden with Jesus? There were three—Peter, James, and John. But Jesus was especially disappointed with Peter.  So He singled Peter out with this question. Jesus asked the question to an individual. Perhaps He will ask that same question to you.

And He came to the disciples and found them sleeping, and said to Peter, “So, you men could not keep watch with Me for one hour?

Did He single you out as you read it? Did He call your name? As soon as you saw the verse, did you somehow know that Jesus had put His finger on your heart?

Why Peter? Why call his name? Why question him? Do you know the last thing that Jesus said to Peter before they went into the garden?

“Simon, Simon, behold, Satan has demanded permissionto sift you like wheat; but I have prayed for you, that your faith may not fail; and you, when once you have turned again, strengthen your brothers.”  But he said to Him, “Lord, with You I am ready to go both to prison and to death!” And He said, “I say to you, Peter, the rooster will not crow today until you have denied three times that you know Me.” Luke 22:31-34

This is not only a Personal Question, it is a Question About Prayer.

There was something Jesus knew that Peter didn’t know. Peter needed to pray because of a situation that was coming into his life. One hour spent with Jesus would make all the difference in the world in how He handled it.

Has the Lord called you to pray recently? Has He urged you to adjust your priorities so that you could spend time with Him? Now, I am not talking about time at church. Time at church is not the same as time with Jesus. Do you think Jesus called you to pray because of something He knew that you didn’t? There is a situation that will arise in your life—and the time you spend with Jesus—the hour you spend with Jesus will make all the difference in the world in the outcome.

This was a personal question, directed specifically to Peter. And it was a question about prayer. And He came to the disciples and found them sleeping, and said to Peter, “So, you men could not keep watch with Me for one hour?”

It Was A Question About Priorities.

How would you like to take a two week all expenses paid retreat with just one other person? Those two weeks would make all the difference in the world in how you looked at life—in the way you handled your problems—in the way things turn out for you in the future.  Can you give up two weeks?  Can you spare the time?  Can you afford it?  Would you be willing to spend two weeks with Jeff Bezos, or Elon Musk, or some other financial or business entrepreneur who could give you business or financial insight? You might. But what do any of those people know about the needs that are going to arise in your life and family. How can one of them alert you to some impending crisis that is just around the corner of your life?

The two week opportunity I am talking about is absolutely free. There’s no travel involved.  You won’t have to take a day off work or spend any time away from your family. All you have to do is to commit to spend One Hour with Jesus. One hour every day for 365 days. Do that and in the course of a year you will spend the equivalent of 15 days, 24 hours a day with Jesus.

Is Jesus asking you for that commitment? Remember, there is a situation that will arise in your life—and the time you spend with Jesus—the hour you spend with Jesus will make all the difference in the world in the outcome. So how do you need to adjust your priorities so that you can spend time with Jesus?  Why? Why is it so important? Why was it important for Peter?

Jesus said, “Keep watching and praying that you may not enter into temptation; the spirit is willing, but the flesh is weak.” Matthew 26:41

This Question Concerns the Protection Of Your Life And Your Family.

Jesus only recently warned Peter that Satan had demanded permission to sift him like wheat. Do you know what happens when wheat is sifted? The impurities come to the surface. Everything that is ugly and dirty comes to light. Is that what Satan has planned for you? Is that what he plans to do to your family? Could that be why Jesus has called you to spend time in prayer? Watch and pray so that you won’t enter into temptation. Jesus knew what was around the corner in Peter’s life. He knew that a disaster was coming—a failure of Peter’s faith—an embarrassing, humiliating, heart-breaking failure.

Why didn’t you pray? Why haven’t you answered the Lord’s call to prayer? Will you answer it today, before Satan sifts you and your faith fails, and things that are ugly and dirty come to the surface of your life for all the world to see?

How did Jesus know that ? Because He was flesh, just like you and me. He was flesh for forty days in the wilderness, and when Satan came to sift Him in His weakness, His spirit said no to Satan’s suggestion to turn stones to bread. And His spirit said yes to God.

He did that every day. Many times He sacrificed sleep getting up a great while before day to go out to a lonely place to pray. Jesus knew that Peter would have to say no to sleep to watch and pray. But he didn’t. He slept and didn’t pray. And just hours later, Peter was in a courtyard where Jesus was taken to be questioned. Satan was there waiting for him.

69 Now Peter was sitting outside in the courtyard, and a servant-girl came to him and said, “You too were with Jesus the Galilean.” 70 But he denied it before them all, saying, “I do not know what you are talking about.” 71 When he had gone out to the gateway, another servant-girl saw him and *said to those who were there, “This man was with Jesus of Nazareth.” 72 And again he denied it with an oath, “I do not know the man.” 73 A little later the bystanders came up and said to Peter, “Surely you too are one of them; for even the way you talk ]gives you away.” 74 Then he began to curse and swear, “I do not know the man!” And immediately a rooster crowed. 75 And Peter remembered the word which Jesus had said, “Before a rooster crows, you will deny Me three times.” And he went out and wept bitterly. Matthew 26:69-75

What situation has entered your life that when it happened you felt as if you were looking squarely into the face of Jesus—and you—like Peter wept bitterly because you fully understood that it might have been different—it might never have happened—if only you had spent one hour with Jesus.

You must adjust your priorities so that you can spend ONE HOUR WITH JESUS.

Finally, This Is A Question That Probes The Heart Of Your Relationship With Lord Jesus.

Jesus addressed Peter as representative of the group, and He said, why could you—you of all people—you men of all men—you who have I have shared so much of my life with—why could you not spend one hour with Me.

Jesus was probing Peter’s heart concerning his personal relationship with Him. Let me ask you some final questions? When is the last time you spent even five minutes with Jesus? Maybe its been a while. Are things messed up inside you? Are there personal and spiritual disappointments that are directly related to your failure to spend time with Jesus? Only you can answer that question.

Now let me ask you another question: Are things broken in and around your life? Relationships? People? Your Finances? Your home? Your job? Would those things be broken if you had spent time with Jesus instead of spending time_________? Last question: Could things be different, if from today you began spending time with Jesus? If what you have been doing is not working, why not try spending one hour with Jesus.

Thank you for taking time to visit this site. We serve a God who meets us in our brokenness, in our loneliness, in our emptiness, in our sin, and in our sorrow. May these words of encouragement help you to find strength for your journey!